There’s a lot of really good free software out there. There are many lists out there that flaunt free software for just about anything. And you’ve gotta love the freeware/open-source story: the lone developer (or small team), churning out something cool for the betterment of mankind…and the well-deserved ego stroke. It’s a very cool thing.

So it’s just a little bit funny to throw out a few excellent tools from the big bad Evil Empire from Redmond: Microsoft. Everyone knows about Google’s well-publicized “20% of your time to do whatever you like” rule. Well, it turns out the kids at Microsoft have some time to play around as well. Here are three excellent free tools that I’ve stumbled on: 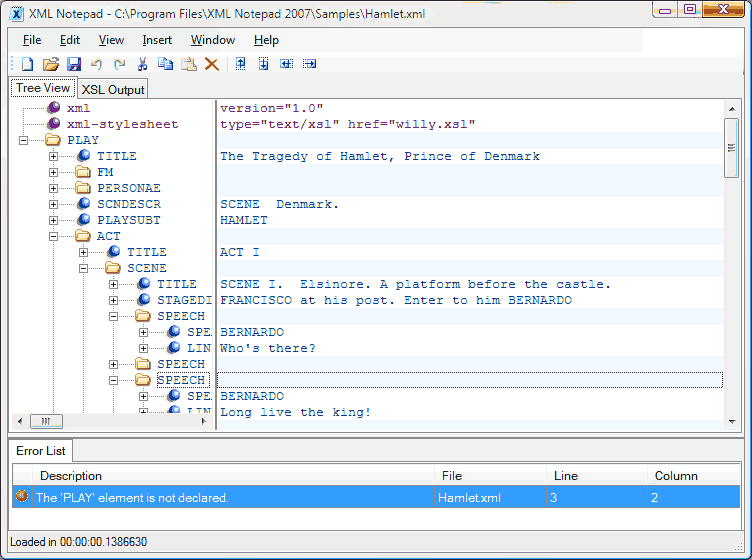 Anyone that grapples with XML in any sort of way can appreciate XML Notepad 2007. It’s a visual (read: not code-centric) XML editor. No more breaking XML markup or squinting to decipher where something lies. XML Notepad presents a tree view of the XML structure along with editable fields for filling in values. This is a great tool for business users that need to edit XML.

A Microsoft tool that’s easy and intuitive to use? Welcome to the (hopefully) new Microsoft design aesthetic. SyncToy is an excellent just-the-right-set-of-features syncing tool that doesn’t do too much but nails what its advertised to do very well. If you’ve ever needed to sync external drives or backup documents, SyncToy is perfect for the task.

RSS Bandit isn’t officially handed out under the Microsoft banner, but the pet project of Microsoft’s own Dare Obasanjo (you can track his RSS Bandit work here). It’s a full-featured RSS reader for Windows that isn’t the most user-friendly, but has a breadth of features (Newsgator syncing-support, meme-tracking, and many others) that is seriously impressive for a free RSS reader.

You can find some other free stuff from the caring folks at Microsoft by visiting their download center.